Give us a brief description of the service that you are promoting. Try keep it short so that it is easy for people to scan your page.

Give us a brief description of the service that you are promoting. Try keep it short so that it is easy for people to scan your page. 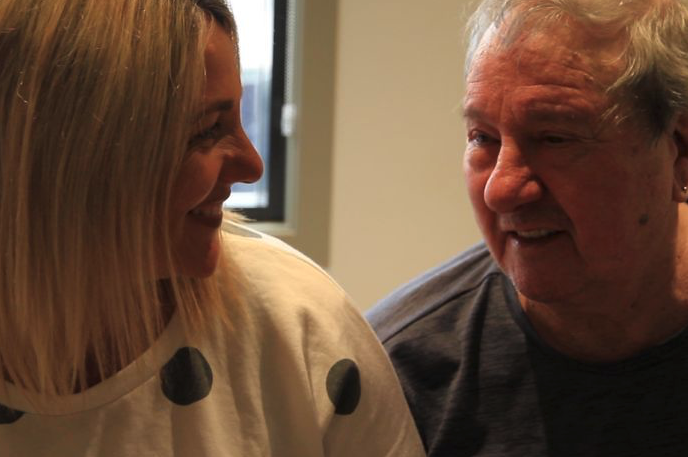 The NSW Opposition is calling for urgent intervention at a regional aged care home described as a “hellhole”, after the facility had its accreditation revoked.

The Bupa Eden facility met just 14 of 44 benchmarks, including the failure to meet expected outcomes for pain management, hydration, nutrition, and palliative care in its latest audit.

In March, a resident was taken to hospital with maggots in a head wound.

The decision means the aged care home will no longer be eligible for any Commonwealth funding and will have to reapply to become an accredited provider after August 16.

NSW Labor spokeswoman for Ageing Sophie Cotsis said both levels of government needed to urgently act to ensure the safety of the 53 residents in the state’s southern-most town.

“At a time when there is a Royal Commission into Aged Care, how could an aged care facility let its standards drop, or not even meet [standards] like palliative care, hydration, and occupational health and safety?” she said.

John Danvers had at least six trips to hospital during his time at Bupa Eden, according to his daughter.

“I’m really concerned for the residents … that’s why I’m urgently calling on the State Government to get in there and take some action to make sure the “most vulnerable people” are cared for.”
The findings came as no surprise to Kathy Danvers-Baker, who said she found her father “lying on his shoulder with his head on the floor”, in a state of delirium at Bupa Eden last year.

Ms Danvers-Baker said she had to push staff at the Eden home to call an ambulance. On arrival at the hospital she was told her father, John Danvers, would not survive.

John Danvers had at least six trips to hospital during his time at Bupa Eden, according to his daughter.

John Danvers is now alive and well in another aged care home, but he is still healing from a “horrendous” bed sore that was found when he was admitted to hospital more than a year ago.

“There’s no way in my mind, if he was given the care that he should have had, that he would have ended up in the state that he was in,” she said.

“I was finding medication under his bed … not just one tablet here and there, but several tablets a week.”

“He wasn’t eating properly, he wasn’t drinking properly, he’d become severely dehydrated. I could even see that, and had expressed concerns about it again to the people in charge, and the care factor was just not there at all.”

The aged care watchdog’s report revealed staff “do not have appropriate knowledge and skills to perform their roles effectively”, residents suffered unnecessary pain and management failed to put an adequate care plan in place to ensure the comfort and dignity of two terminally ill residents who had recently passed away.

It also found residents could be left for days without appropriate bowel interventions and noted some interactions with staff were not supportive of residents’ emotional heath.

“Care recipients are not provided with emotional support in response to incidents that occur within the service, including care recipient assault,” the report stated.

“I don’t want anyone else’s families to have to go through what my family went through. It was just horrendous and it should never have happened. There’s just no excuse for it,” she said.
The Aged Care Quality and Safety Commission said it would continue to monitor Bupa Eden.

A spokeswoman said Bupa was responsible for notifying residents and their families of the commission’s decision to revoke Bupa Eden’s accreditation.

“Decisions about the future of this service are a matter for Bupa. There is a process available for services seeking accreditation by the commission,” she said.

In the 2017–18 financial year the authority made 12 decisions to revoke the accreditation of service providers in NSW.

No accreditation means no repercussions

In a statement, Bupa said it was working to ensure issues were addressed so that the Eden facility was returned to full compliance.

“Our focus is on providing quality care and support to our residents and staff,” a Bupa spokesman said.

The prospect of the care home continuing to operate without federal funding or accreditation has raised concerns for the Combined Pensioners’ Association’s policy director, Paul Versteege.

It would mean Bupa could “basically do anything they want without any repercussions other than if criminal conduct is reported to police,” Mr Versteege said.

“There will be no oversight of a facility that is proven to be an incompetent at providing aged care.”
Mr Versteege said Bupa CEO should face the Aged Care Royal Commission to answer questions about the reported failures within the company’s aged care division.

There are currently sanctions against nine Bupa aged care homes in Australia.

“You really have to question whether this company should be operating in aged care at all,” Mr Versteege said.

A Bupa spokesperson said the company had already made significant submissions to the royal commission and would cooperate with the commission at any time.

“The wellbeing of our residents is our absolute priority and we are proud of the people working in our care homes,” the spokesperson said.

“Where we have not met the high standards we set and residents and the community rightly expect, we are absolutely committed to taking action and putting things right.”
A Federal Department of Health spokesman said once a provider’s accreditation was revoked, the Government no longer had authority under legislation to assess a home’s performance against quality standards.

“In these cases, the department may continue to monitor the approved provider’s delivery of care and residents’ welfare by engaging an appropriately qualified person to undertake this monitoring or through attendance on site as authorised officers.”

Founded in 2015 and located in Cape Town, ICRA is a non-profit company created to serve the needs of Care Facilities within all communities in South Africa. We focus on transparent and ethical governance and facility management.

Get in touch Today